One of the much-talked-about present-day social problems is juvenile delinquency, and its rateof frequency is seemingly on the rise.

It is reported in newspapers that the delinquents range in age from 12 to 18. Only a smallportion have committed serious crimes like kidnapping and murdering. Those cases arehandled through the court system. Most of the delinquencies fall into four categories: brawling, including gang fighting with deadly weapons; theft, mostly petty, sexually promiscuousbehaviour and addiction to drugs. The delinquents are generally placed under temporarysupervision by neighbourhood committees, work units or reform schools.

The causes of juvenile delinquency are varied. Through media we often come across thefollowing cases:

Ill-treatment to teenagers by their step-fathers or stepmothers often lead to family tragedies. School pupil delinquents, being not properly cared for, have chronic behaviour problems. Theirparents are too busy either with business or with gambling. Still, there are cases resulted fromparents' or grandparents' indulgence to their darlings. Petty theft once or twice is notpunished but encouraged. Gradually these petty thieves grow addicted to stealing . Adolescentstried drugs mostly out of curiosity before they finally became habitual drug-takers.

Not a few examples can be found around us in our daily life. Limited by time and space, I haveto skip them over. However, juvenile delinquency, being a serious social problem concerningthe young generation, certainly deserves special attention. I think of all the things we can do, the most fundamental one is deepening and strengthening education so as to ultimately savethe young. 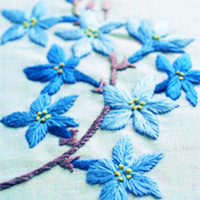