There was once a lonely girl who longed so much for love. One day while she was walking in thewoods she found two starving songbirds. She took them home and put them in a small cage. She cared them with love and the birds grew strong. Every morning they greeted her with awonderful song. The girl felt great love for the birds. One day the girl left the door to the cageopen.The larger and stronger of the two birds flew from the cage. The girl was so frightenedthat he would fly away. As he flew close, she grasped him wildly. Her heart felt glad at hersuccess in capturing him. Suddenly she felt the bird go limp. She opened her hand and staredin horror at the dead bird. Her desperate love had killed him. She noticed the other birdmoving back and forth on the edge of the cage. She could feel his great need for freedom. Heneeded to soar into the clear, blue sky. She lifted him from the cage and tossed him softly intothe air. The bird circled once, twice, three times. The girl watched delightedly at the bird’senjoyment. Her heart was no longer concerned with her loss. She wanted the bird to behappy. Suddenly the bird flew closer and landed softly on her shoulder. It sang the sweetestmelody that she had ever heard. The fastest way to lose love is to hold on it too tight; the bestway to keep love is to give it WINGS! 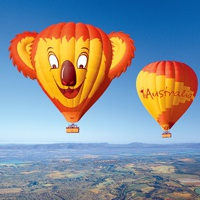